The Stellar Consensus Protocol: A Federated Model for Internet-level Consensus

This paper presents federated Byzantine agreement (FBA), a model suitable for worldwide consensus. In FBA, each participant knows of others it considers important. It waits for the vast majority of those others to agree on any transaction before considering the transaction settled. In turn, those important participants do not agree to the transaction until the participants they consider important agree as well, and so on. Eventually, enough of the network accepts a transaction that it becomes infeasible for an attacker to roll it back. Only then do any participants consider the transaction settled. FBA’s consensus can ensure the integrity of a ﬁnancial network. Its decentralized control can spur organic growth. This paper further presents the Stellar consensus protocol (SCP), a construction for FBA. We prove that SCP’s safety is optimal for an asynchronous protocol, in that it guarantees agreement under any node-failure scenario that admits such a guarantee.
We also show that SCP is free from blocked states—in which consensus is no longer possible—unless participant failures make it impossible to satisfy trust dependencies. SCP is the ﬁrst provably safe consensus mechanism to enjoy four key properties simultaneously:
— Decentralized control. Anyone is able to participate and no central authority dictates whose approval is required for consensus.
— Low latency. In practice, nodes can reach consensus at timescales humans expect for web or payment transactions—i.e., a few seconds at most.
— Flexible trust. Users have the freedom to trust any combination of parties they see ﬁt. For example,a small non-proﬁt may play a key role in keeping much larger institutions honest.
— Asymptotic security. Safety rests on digital signatures and hash families whose parameters can realistically be tuned to protect against adversaries with unimaginably vast computing power. SCP has applications beyond ﬁnancial markets for ensuring organizations perform
The Stella Project team has significant experience solving financial industry business cases using Deep Learning and Deep Neural Networks. This experience informed one of the major building blocks of Stella Project – Stella AI.This is used to perform scoring and make predictions for loan origination and financing. In time, AI will be playing an increasingly more powerful role in Stella’s ecosystem.
Big Data and Data Science technologies are essential to Stella’s scoring, loan origination and asset management products. As a part of Stella’s next-generation Fraud Prevention, Credit Score Check, AML and Bad Credit checks, AI will analyze data from multiple sources (open and closed registries, tax authorities, social networks, etc.) to make the Stella ecosystem as safe as possible.

uorumsbasedonslices.Thefollowingsubsection provides some examples and discussion. Finally, we deﬁne the key properties of safety and liveness that a consensus protocol should hope to achieve.

Accounts are the central data structure in Stellar. Accounts are identified by a public key and saved in the ledger. Everything else in the ledger, such as offers or trustlines, are owned by a particular account.
Accounts are created with the Create Account operation.
Account access is controlled by public/private key cryptography. For an account to perform a transaction–e.g., make a payment–the transaction must be signed by the private key that corresponds to that account’s public key. You can also set up more complicated multi-signature schemes for authorizing transactions on an account.

Stellar can be used to build sophisticated smart contracts. Smart contracts are computer programs that can automatically execute an agreement based on programmed logic.
The concept of integrating technology and legal contracts dates back to the 1950s when scholars built computational methods that could enforce legal rules without involving traditional legal processes. Smart contracts were formally defined by Nick Szabo in 1997:
Smart contracts combine protocols with user interfaces to formalize and secure relationships over computer networks. Objectives and principles for the design of these systems are derived from legal principles, economic theory, and theories of reliable and secure protocols.
In recent years, blockchain technology has enabled a new breed of smart contracts with immutable storage of agreement terms, cryptographic authorization, and integrated transfers of value.
For the Stellar Network, smart contracts are manifested as Stellar Smart Contracts. A Stellar Smart Contract (SSC) is expressed as compositions of transactions that are connected and executed using various constraints. The following are examples of constraints that can be considered and implemented when creating SSCs:
Multisignature - What keys are needed to authorize a certain operation? What parties need to agree on a circumstance in order to execute the steps?
Multisignature is the concept requiring signatures of multiple parties to sign transactions stemming from an account. Through signature weights and thresholds, representation of power in signatures is created.
Batching/Atomicity - What operations must all occur together or fail? What must happen in order to force this to fail or pass?
Batching is the concept of including multiple operations in one transaction. Atomicity is the guarantee that given a series of operations, upon submission to the network if one operation fails, all operation in the transaction fails.
Sequence - In what order should a series of transactions be processed? What are the limitations and dependencies?
The concept of sequence is represented on the Stellar Network through sequence number. Utilizing sequence numbers in transaction manipulation, it can be guaranteed that specific transactions do not succeed if an alternative transaction is submitted.
Time Bounds - When can a transaction be processed?
Time bounds are limitations on the time period over which a transaction is valid. Using time bounds enables time periods to be represented in an SSC.
This overview presents two common design patterns that can be used to create SSCs on the Stellar Network. The transactions can be translated to API requests or can be executed using Stellar Laboratory.

In addition to supporting the issuing and movement of assets, the Stellar network also acts as a decentralized distributed exchange of any type of asset that people have added to the network. Its ledger stores both balances held by user accounts and offers that user accounts make to buy or sell assets.

An account can make offers to buy or sell assets using the Manage Offer operation. In order to make an offer, the account must hold the asset it wants to sell. Similarly, the account must trust the issuer of the asset it’s trying to buy.
When an account makes an offer, the offer is checked against the existing orderbook for that asset pair. If the offer crosses an existing offer, it is filled at the price of the existing offer. Let’s say that you make an offer to buy 10 XLM for 2 BTC. If an offer already exists to sell 10 XLM for 2 BTC, your offer will take that offer–you’ll be 2 BTC poorer but 10 XLM richer.
If the offer doesn’t cross an existing offer, the offer is saved in the orderbook until it is either taken by another offer, taken by a payment, canceled by the account that created the offer, or invalidated because the account making the offer no longer has the asset for sale.
Starting in protocol version 10, it is no longer possible for an offer to be invalidated because the account owning the offer no longer has the asset for sale. Each offer contributes selling liabilities for the selling asset and buying liabilities for the buying asset, which are aggregated in the account (for lumens) or trustline (for other assets) owned by the account creating the offer. Any operation that would cause an account to be unable to satisfy its liabilities, such as sending away too much balance, will fail. This guarantees that any offer in the orderbook can be executed entirely.
Offers in Stellar behave like limit orders in traditional markets.
For offers placed at the same price, the older offer is filled before the newer one.

An orderbook is a record of outstanding orders on the Stellar network. This record sits between any two assets–in this case, let’s say the assets are sheep and wheat. The orderbook records every account wanting to buy sheep for wheat on one side and every account wanting to sell sheep for wheat on the other side.
Some assets will have a very thin or nonexistent orderbook between them. That’s fine: as discussed in greater detail below, paths of orders can facilitate exchange between two thinly traded assets.

Suppose you are holding sheep and want to buy something from a store that only accepts wheat. You can create a payment in Stellar that will automatically convert your sheep into wheat. It goes through the sheep/wheat orderbook and converts your sheep at the best available rate.
You can also make more complicated paths of asset conversion. Imagine that the sheep/wheat orderbook has a very large spread or is nonexistent. In this case, you might get a better rate if you first trade your sheep for brick and then sell that brick for wheat. So a potential path would be 2 hops: sheep->brick->wheat. This path would take you through the sheep/brick orderbook and then the brick/wheat orderbook.
These paths of asset conversion can contain up to 6 hops, but the whole payment is atomic–it will either succeed or fail. The payment sender will never be left holding an unwanted asset.
This process of finding the best path of a payment is called pathfinding. Pathfinding involves looking at the current orderbooks and finding which series of conversions gives you the best rate. It is handled outside of Stellar Core by something like Horizon.

Because cross-asset payments are so simple with Stellar, users can keep their money in whatever asset they prefer to hold. Preferred currency creates a very flexible, open system.
Imagine a world where, anytime you travel, you never have to exchange currency except at the point of sale. A world where you can choose to keep all your assets in, for example, Google stock, cashing out small amounts as you need to pay for things. Cross-asset payments make this world possible. 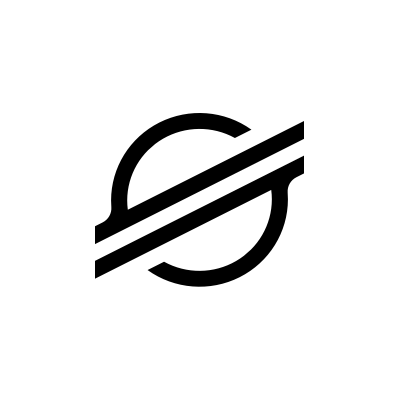