Descrption：Peercoin seeks to be the most secure cryptocoin at the lowest cost, rewarding all users for strengthening the network by giving them a 1% annual PPC return when minting.
62
evaluation
Detail Whitepaper GitHub Comment Analysis
Information
Commit Statistics
Market

In our hybrid design, blocks are separated into two different types, proof-of-work blocks and proof-of-stake blocks.

The proof-of-stake in the new type of blocks is a special transaction called coinstake (named after Bitcoin’s special transaction coinbase). In the coinstake transaction block owner pays himself thereby consuming his coin age, while gaining the privilege of generating a block for the network and minting for proof-of-stake. The first input of coinstake is called kernel and is required to meet certain hash target protocol, thus making the generation of proof-of-stake blocks a stochastic process similar to proof-ofwork blocks. However an important difference is that the hashing operation is done over a limited search space (more specifically one hash per unspent wallet-output per second) instead of an unlimited search space as in proof-of-work, thus no significant consumption of energy is involved.

The hash target that stake kernel must meet is a target per unit coin age (coin-day) consumed in the kernel (in contrast to Bitcoin’s proof-of-work target which is a fixed target value applying to every node). Thus the more coin age consumed in the kernel, the easier meeting the hash target protocol. For example, if Bob has a wallet-output which accumulated 100 coin-years and expects it to generate a kernel in 2 days, then Alice can roughly expect her 200 coin-year wallet-output to generate a kernel in 1 day.


In our design both proof-of-work hash target and proof-of-stake hash target are adjusted continuously rather than Bitcoin’s two-week adjustment interval, to avoid sudden jump in network generation rate.

Minting based on Proof-of-Stake

A new minting process is introduced for proof-of stake blocks in addition to Bitcoin’s proof-of-work minting. Proof-of-stake block mints coins based on the consumed coin age in the coinstake transaction. A mint rate of 1 cent per coin-year consumed is chosen to give rise to a low future inflation rate.

Even though we kept proof-of-work as part of the minting process to facilitate initial minting, it is conceivable that in a pure proof-of-stake system initial minting can be seeded completely in genesis block via a process similar to stock market initial public offer (IPO).

This is in contrast to the use of proof-of-work in Bitcoin’s main chain protocol, whereas the total work of the block chain is used to determine main chain.

This design alleviates some of the concerns of Bitcoin’s 51% assumption, where the system is only considered secure when good nodes control at least 51% of network mining power. First the cost of controlling significant stake might be higher than the cost of acquiring significant mining power, thus raising the cost of attack for such powerful entities. Also attacker’s coin age is consumed during the attack, which may render it  more difficult for the attacker to continue preventing transactions from entering main chain.

We modified the proof-of-work mint rate to be not determined by block height (time) but instead determined by difficulty. When mining difficulty goes up, proof-of-work mint rate is lowered. A relatively smooth curve is chosen as opposed to Bitcoin’s step functions, to avoid artificially shocking the market. More specifically, a continuous curve is chosen such that each 16x raise of mining difficulty halves the block mint amount.

Over longer term the proof-of-work mint curve would not be too dissimilar to that of Bitcoin in terms of the inflationary behavior, given the continuation of Moore’s Law. We consider it wise to follow the traditional observation that the Market favors a lowinflation currency over a high-inflation one, despite of significant criticism of Bitcoin from some mainstream economists due to ideological reasons in our opinion.

We also choose to enforce transaction fees at protocol level to defend against block bloating attack.

During our research we have also discovered a third possibility besides proof-of-work and proof-of-stake, which we termed proof-of-excellence. Under this system typically a tournament is held periodically to mint coins based on the performance of the tournament participants, mimicking the prizes of real-life tournaments. Although this system tends to consume energy as well when artificial intelligence excels at the game involved, we still found the concept interesting even under such situation as it provides a somewhat intelligent form of energy consumption. 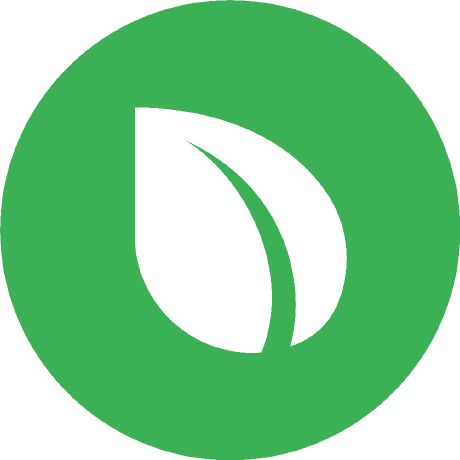