The core principle of Ælf is to resolve practical technical problems using solutions that have already been tested. Instead of “optimizing” the concepts of Blockchain, more attention is paid to provide a mature configuration for the stable execution of business applications.

A stable and efficient Block formation mechanism is the foundation for Ælf system. The operation and maintenance of Ælf is more complicated than Bitcoin and Ethereum. This is due to the fact that Ælf Block formation requires the Main Chain to record information from Side Chains, and Ælf is designed to provide cloud-based enterprise services in a more complex structure. In addition, miners need to update information from multiple Chains in parallel. The Main Chain will adopt DPoS to ensure high frequency and predictability of Block formation, in order to improve user experience.

Account: An account is used to distinguish the boundaries of data storage. It consists of public key and private key systems.

These are the foundational components of the Blockchain system operating within the Ælf Kernel. They are linked with relevant interfaces to define the customizable parts of Smart Contract, Consensus Protocol, and customizable area of Blockchain header.

Parallel Transactions Processing Within a Block

A valid transaction in the period between broadcasting and confirmation is considered in a “pending” state. Usually, transactions will be quickly packaged and confirmed. However, there are also some cases that transactions are left unconfirmed in a relatively long period, for instance, in time of Bitcoin’s network congestion or when a majority of miners are unsatisfied with the gas fees. When a transaction is either confirmed nor able to be withdrawn for a relatively long period, it will be considered in a state of “chaos”. Ælf requires that the broadcast for every transaction is labelled with a “mark”, which is the hash header of the the lastest block when the transaction happens. Then the mining node will only process the hash header of the recent 64 blocks. If a transaction is not confirmed after 64 blocks are generated, then this transactions is deemed as expired. In another word, a transaction that is not confirmed within 5 minutes, token holders can rebuild this transaction. Another function of marking transactions is to obsolete blockchain forking effectively. One node successfully marks a transaction when the the hashes of this transaction are included the latest 64 blocks. If a node receive a large amount of invalid marking hashes from the highest chain, and is not able to package these transactions, then it is likely working on a forked chain. If nodes receive a large amount of transactions with invalid marking, there’s a high possibility that this blockchain has forked. At this moment, nodes can suspend trading to avoid risks.

A virtuous economy lays the foundation of a sustainable Ælf eco-system. For PoS and DPoS, any stakeholder can sell their Tokens and exit from the ecosystem in a short timeframe (PoS has a certain lock-up period). One challenge that PoS and DPoS are facing is the fact that Exchanges hold large amount of Tokens in the system, therefore earning interest at almost zero cost. For PoW, miners face more complex consideration before exiting. Exit is constrained by external factors such as electricity cost, mining machine depreciation, land lease, and human resources. Ælf will use DPoS on the Main Chain to incentivize large Stakeholders to maintain a stable system and will deploy PoW for the Side Chain where mining creates Ælf Token. In Ælf system, Consensus Protocol on each Chain can be customized to achieve specific objectives.

The Eco-system of each Side Chain votes to determine its indexing strategy for SubChains independent of the Main Chain. Its own strategy includes but not limited to the business scope (e.g. An insurance Chain will only include sub-Chains that are also in Insurance business) and fee scheme of Sub-Chains. Any Chain can also decide not to include any Sub-Chain or actively invite a Chain to become a Sub-Chain, as a means to enrich its Eco-system. Within the Ælf Eco-system, any Chain can apply to become a Sub-Chain of another Chain or even multiple Chains.

Due to historical limitations, the current Blockchain governance structure is often not well defined when it is created. This problem becomes more prominent when there’s a major functional upgrading or a stagnation caused by bugs. For example, Bitcoin, is stuck in scaling problems for more than two years and finally forked; the differences on The DAO incidence between the Etheruem community and the foundation led to the birth of ETC. As a result, we clarify the method of Ælf direction-setting before users entering the world of Ælf: We acknowledge the fact that Ælf Token holders have the greatest right in the future of Ælf, and token holders’ interests are linked with the destiny of Ælf, in particular those with long-term locked-in tokens in particular.

One of the key principles of Ælf is designating specialized nodes to perform specialized tasks. In Ælf, vital decisions will be carried out through a mechanism that resembles representative democracy. Delegated nodes must have enough votes from other stakeholders to participate in Ælf governance. Mining nodes to some extent constitute the health of Ælf system, so these nodes are responsible for being a ledger, hand out bonus and feedback values to the stakeholders who entrusted them through Smart Contracts.

Exercise of Power by the Delegates

Foundation realize its governance by submitting the source code and delegating mining node’s to review and vote. The process goes as follows: Foundation members provide open-source code and submit new features. Then delegates choose specific features to incorporate based on their needs. If one feature is adopted by enough delegates, it gains approval by the whole system.

Ælf is intended to ultimately become the new “internet infrastructure” to support the next generation of “digital businesses”. The team and its advisors have been advising numerous Blockchain projects in the past and we see a few industries will be the “early adaptors” and “Blockchain stars” on Ælf:

Blockchain has drawn a lot of attention in financial services industry as it significantly reduces intermediaries and ensures secure transactions. It is highly likely that multiple chains on Ælf will be developed specifically for financial services, such as cross-border payment, trade finance, supply chain financing, etc. The parallel processing feature is capable of handling business transactions at international scale and the inter-chain communication feature allows smooth coordination from asset registration, account management, realtime transaction.

Insurance is another highly attractive field to be disrupted by Blockchain. A dedicated Ælf side chain for insurance will integrate various DAPPs for insurance, transforming the whole industry value chain, starting from user identity, to insurance contract execution, to claim handling.

Ælf’s multi-chain structure has a built-in chain for digital identity. This ensures the performance of such side chain if another side chain is busy, e.g. a new token is issued on the other side chain. Within Ælf, digital identity can be used by other side Chains via “messaging”. Using adaptor, Ælf is also capable of retrieving information and data from other established chains, such as Bitcoin and Ethereum.

Governments will also be interested in Ælf as it allows them to securely and conveniently to run certain administrative tasks on Ælf. Government or organization can customize the consensus protocol to meet national security requirement. Activities, such as utility recording, citizen identities, government agency information disclosure and polling can be realized on Ælf with great transparency and efficiency. A few countries are experimenting in this field, including Estonia, Singapore, China, etc.

Ælf supports light node and cloud service, which reduces the computational requirement for devices connected to it, while maintaining high performance. This is critical in order to manage billions of devices and enables micro-payment across them to link internet of things.

Ælf has laid out strong foundation for the above industries and more to strive on it, we will actively identify new business opportunities and DAPPS to be part of Ælf ecosystem.

1) Interoperate with existing DAPPs on existing chains There are already some proven DAAPs on existing Chains, such as on Bitcoin and Ethereum. Ælf will leverage its interoperability feature to connect with these DAPPs in order to allow asset exchange and also capture the transaction data coming from those DAPPs

2) Nurture new start-ups ideas The development team and its advisors are deeply involved in new idea formation and commercialization in the global Blockchain community. New start-up ideas have approached us for technical and commercial advice. We will leverage this strong connection to nurture new start-up ideas and include them in Ælf eco-system. Together with VCs, we are confident to identify and bring the most promising projects to be launched on Ælf.

3) Transform established companies to “Blockchain savvy” Established companies pose another opportunity to be part of Ælf eco-system. They already possess large customer base and proven value for their current business. Ælf can transform them into even more powerful models with strong incentives and rewards to customers, resolving certain pain points within the  industry as described above. The Ælf team has been in discussion with a few Internet companies and traditional corporates on disruptive business model on Ælf. We foresee a few exciting announcements will be made in near future. In addition, the team intends to collaborate with global strategy consulting firms to push the boundary of next generation business models on Ælf eco-system. 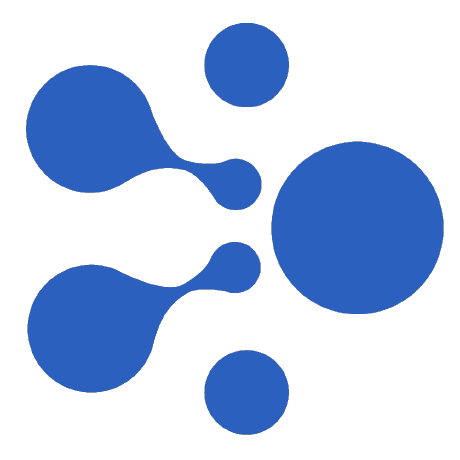