Descrption：Tezos is a blockchain that can evolve by upgrading itself. Stakeholders vote on amendments to the protocol, including amendments to the voting procedure itself, to reach social consensus on proposals. Tezos supports smart contracts and offers a platform to build decentralized applications.
69
evaluation
Detail Whitepaper GitHub Comment Analysis
Information
Commit Statistics
Market

Tezos is a generic and self-amending crypto-ledger. Tezos can instantiate any blockchain based ledger. The operations of a regular block chain are implemented as a purely functional module abstracted into a shell responsible for network operations. Bitcoin,Ethereum,Cryptonote, etc. can all be represented within Tezos by implementing the proper interface to the network layer. Most importantly, Tezos supports meta upgrades: the protocols can evolve by amending their own code. To achieve this, Tezos begins with a seed protocol defining a procedure for stakeholders to approve amendments to the protocol, including amendments to the voting procedure itself. This is not unlike philosopher Peter Suber’s Nomic[3], a game built around a fully introspective set of rules. In addition, Tezos’s seed protocol is based on a pure proof-of-stake system and supports Turing complete smart contracts. Tezos is implemented in OCaml, a powerful functional programming language offering speed, an unambiguous syntax and semantic, and an ecosystem making Tezos a good candidate for formal proofs of correctness. Familiarity with the Bitcoin protocol and basic cryptographic primitives are assumed in the rest of this paper.

Our proof-of-stake mechanism is a mix of several ideas, including Slasher[1], chain-of-activity[2], and proof-of-burn. The following is a brief overview of the algorithm, the components of which are explained in more details below.

Each block is mined by a random stakeholder (the miner) and includes multiple signatures of the previous block provided by random stakeholders (the signers). Mining and signing both offer a small reward but also require making a one year (unbonding will happen after one cycle, and not one year as initially suggested. Prolonging the period longer than a cycle did not really improve security at the cost of immobilizing a lot of capital) safety deposit to be forfeited in the event of a double mining or double signing.
The protocol unfolds in cycles of 2048 blocks. At the beginning of each cycle, a random seed is derived from numbers that block miners chose and committed to in the penultimate cycle, and revealed in the last. Using this random seed, a follow the coin strategy is used to allocate migning rights and signing rights to a specific addresses for the next cycle. See figure 1.

In lieu of unspent outputs, Tezos uses stateful accounts. When those accounts specify executable code, they are known more generally as contracts. Since an account is a type of contract (one with no executable code), we refer to both as ”contracts” in full generality. Each contract has a “manager”, which in the case of an account is simply the owner. If the contract is flagged as spendable, the manager may spend the funds associated with the contract. In addition, each contract may specify the hash of a public key used to sign or mine blocks in the proof-of-stake protocol. The private key may or may not be controlled by the manager.

Such a transaction can be sent from a contract if signed using the manager’s key or can be sent programmatically by code executing in the contract. When the transaction is received, the amount is added to the destination contract’s balance and the destination contract’s code is executed. This code can make use of the parameters passed to it, it can read and write the contract’s storage, change the signature key and post transactions to other contracts. The role of the counter is to prevent replay attacks. A transaction is only valid if the contract’s counter is equal to the transaction’s counter. Once a transaction is applied, the counter increases by one, preventing the transaction from being reused. Thetransactionalsoincludestheblockhashofarecentblockthattheclient considers valid. If an attacker ever succeeds in forcing a long reorganization with a fork, he will be unable to include such transactions, making the fork obviously fake. This is a last line of defense, TAPOS is a great system to prevent long reorganizations but not a very good system to prevent short term double spending. The pair (account_handle, counter) is roughly the equivalent of an unspent output in Bitcoin.

Since storage imposes a cost on the network, a minimum fee of ꜩ 1 is assessed for each byte increase in the storage. For instance, if after the execution of a transaction, an integer has been added to the storage and ten characters have been appended to an existing string in the storage, then ꜩ 18 will be withdrawn from the contract’s balance and destroyed.

The language is stack based,with high level data types and primitives and strict static type checking. Its design is insipired by Forth, Scheme, ML and Cat. A full specification of the instruction set is available in[5]. This specification gives the complete instruction set, type system and semantics of the language. It is meant as a precise reference manual, not an easy introduction.
Fees

So far,this system is similar to the way Ethereum handles transaction. However, we differ in the way we handle fees. Ethereum allows arbitrarily long programs to execute by requiring a fee that increases linearly with the program’s executing time. Unfortunately, while this does provide an incentive for one miner to verify the transaction, it does not provide such an incentive to other miners, who must also verify this transaction. In practice, most of the interesting programs that can be used for smart contracts are very short. Thus, we simplify the construction by imposing a hard cap on the number of steps we allow the programs to run for.

There are initially 10000000000 (ten billion) coins (the initial extent of the token supply will be the number of tokens issued during the crowdsale and not specifically “10 billion”, which was merely a placeholder. This change in size has no effect on the principal at hand), divisible up to two decimal places (for thesakeofprecisionwemayinactualitybeusingeightdigitsafterthedecimal). We suggest that a single coin be referred to as a “tez” and that the smallest unit simply as a cent. We also suggest to use the symbol ꜩ (\ua729, “Latin small letter tz”) to represent a tez. Therefore 1 cent = ꜩ0.01 = one hundreth of a tez.

We conjecture that the security of any decentralised currency requires to incentivize the participants with a pecuniary reward (we are in the process of finalizing the rewards schedule at the moment). As explained in the position paper, relying on transaction costs alone suffers from a tragedy of the commons. In Tezos, we rely on the combination of a bond and a reward.

In order to reduce uncertainty regarding the monetary mass, addresses showing no activity for over a year (as determined by timestamps) are destroyed along with the coins they contain (inactive addresses will no longer lose their funds after one year as initially proposed in the white paper, they will only lose their staking rights until they become active again. What it means is that if an address is inactive, it will not be selected to create blocks (which would slow down the consensus algorithm), and it will not be allowed to vote until it is reactivated (to avoid uncertainty about participation rate).

Amendments are adopted over election cycles lasting N=131072 blocks each. Given the a one minute  block interval,this is about three calendar months. The election cycle is itself divided in four quarters of  32768 blocks. This cycle is relatively short to encourage early improvements,but it is expected that further amendments will increase the length of the cycle(protocol upgrade votes will be much more frequent in the first year in order to allow for rapid iteration. As a security measure,the Tezos foundation will have a veto power expiring after twelve months, until we rule out any kinks in the voting procedure). Adoption requires a certain quorum to be met. 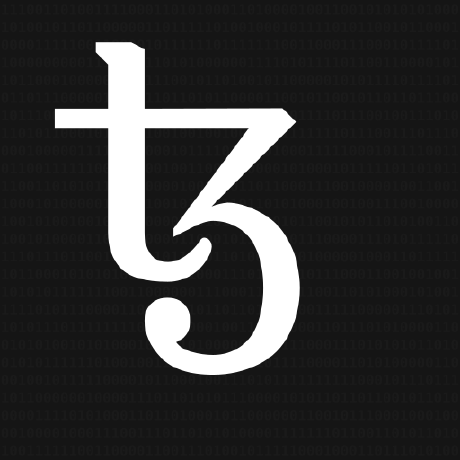