Descrption：With Status your mobile device becomes a light client node on the Ethereum Network, enabling you to access Ethereum’s entire ecosystem from anywhere. Status is built together with its users. It is completely open source and anyone is free to contribute. Together, we're shaping the future of Status and creating a new type of network governed by its own users.
67
evaluation
Detail Whitepaper GitHub Comment Analysis
Information
Commit Statistics
Market

The Status Network- A strategy towards mass adoption of Ethereum

Status is an open source messaging platform and mobile interface to interact with decentralized applications that run on the Ethereum Network.
This document presents a utility network token for Status, the first ever mobile Ethereum client built entirely on peer-to-peer technologies.
The messenger form-factor is chosen to make Ethereum feel as familiar as possible to the average smartphone user, while providing a flexible platform for DApp developers, aimed to maximise the amount of daily use of Ethereum’s public blockchain.
The Status Network token is a modular utility token that fuels the Status network. This includes a Decentralized Push Notification Market, Governance of the Status client, Community Curation of content, along with social communication tools such as Tribute to Talk. We also propose a fiat-to-crypto 'Teller Network', DApp Directory, Sticker Market, and demonstrate our research on a User Acquisition Engine to grow the Network.
The Status Network Token (‘SNT’) will be distributed at a rate of 10,000 SNT per 1 ETH to participants in the Contribution Period, and is expected to begin on June 20th. The Contribution Period will run for 14 days, or within 24 hours of the first ceiling of 12M CHF (Swiss Francs) having been reached

The launch of the Status Network, and the corresponding token creation process, are organized around smart contracts running on Ethereum.

1. The Contribution Period will begin June 20th, 2017. Instructions on how Contributors can participate will be made available closer to the date of the event.
2. Participants willing to contribute to and support the development of the Status Network can do so by sending ether to the designated address. By doing so contributors create Status Network Tokens (SNT) at the rate of 10,000 SNT per ETH.
3. The SNT creation rate per ETH is fixed, and will remain constant for the duration of the Contribution Period.
4. The number of SNT created depends on the amount of contributions received by the smart contract.
5. The Contribution Period will run for a period of 14 days, or within 24 hours of reaching the first ceiling, of 12M CHF (Swiss Francs) equivalent in ETH, having been reached.
6. Status Research & Development Gmbh controls the contract and the address to which gathered ether will be sent (implemented as a multisig address).
7. SNT received by Contributors will be transferrable 7 days after the end of the Contribution Period.

By introducing the Status Network Token, we can not only provide use-cases that were previously impossible in web 2.0 environments, but also address some of the core problems created by incentive misalignment and sock puppet bot creation that plague social networks today.

Achieving our mission ultimately requires one thing: widespread end-user adoption. Using the Status Network Token, we can design mechanisms for growth that have been tried and tested in Web 2.0, whilst providing greater transparency and better alignment of incentives for participants.

One major drawback in legacy social networks is the lack of influence their users possess over the networks themselves. They are often powerless in having a say on how the platform evolves. We aim to democratise this power, giving stakeholders a direct influence over all decisions within the network, including how the software is developed.
A core part of the Status Network Token is giving stakeholders the ability to choose the direction that the software is developed. The token is used to make decisions on proposals, which can be made by any Stakeholder. For each decision, the token is cloned into a separate decision token. The amount of tokens you hold at that time becomes your voting power for that decision and it does not cost SNT to vote.
Initially, key decisions will be put towards software development. We have already created a Github Bounty bot, Commiteth, which allows us to decentralize and incentivise open source software development, by enabling anyone to create bounties for any Github Issue. These can then be paid to the developer upon submitting code that is successfully merged into the codebase by the Project Maintainer.
Decentralizing additional components of Status' governance needs to happen over time, given the sheer complexity of the task. We have been closely monitoring the progress of decentralized governance projects in the space including Aragon, Boardroom, and Colony. 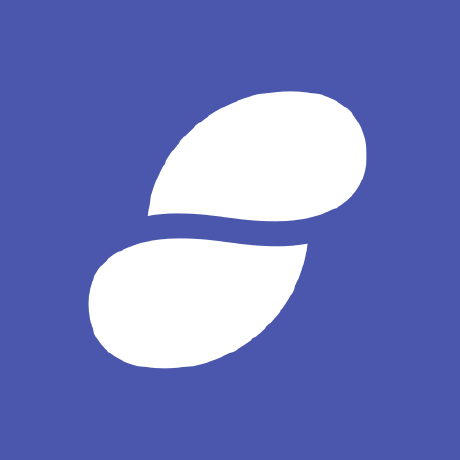