A Trusted Data Internet of Value

An infrastructure upgrade of the current data economy is necessary to solve the issues
mentioned above, which could transform the method of data acquisition, storage, computation,
and exchange. Specifically, people need a transparent, decentralized, high-throughput, and
efficient data service oriented internet.
GXChain is a forward thinking fundamental blockchain directed to solving the issues of the
data economy, based on decentralization, cryptography, and smart token design, GXChain
provides a leading solution for the data economy. In the past two years, the team has
developed multiple, trusted data modules to solve problems in the data economy, including
ownership, security, authenticity, and lack of incentive. Data uploading, storage, computation,
and exchange has been gradually realized with many commercialized applications.
We strongly believe that the data economy could fundamentally accelerate the efficiency
and improve the trustworthiness of the world. In the past two years, the GXChain team
fulfilled every promise, finished development of the fundamental blockchain, Decentralized
Data Marketplace, Blockcity, and many data modules for developers. In the future, GXChain
will continue innovating in the field of the data economy and provide a shared usage and
governance, transparent, and secure infrastructure for people everywhere.
6

Currently, most public blockchain uses proof of work (PoW) and proof of stake (PoS)
as consensus algorithms. Bitcoin, the most successful cryptocurrency based on PoW,
demonstrates the stability and fairness of the PoW algorithm. However, bitcoin was criticized
for its energy-intensive mining activity. Billions of Dollars are invested in performing the
calculations of SHA256 to maintain the network, besides that, limited applications are involved
in this activity. Also, the current transaction speed of bitcoin is only 6 TPS, which cannot
satisfy the scalability and high-throughput demands of a public blockchain. Peercoin is a
relatively mature blockchain based on PoS, which addressed the high energy consumption
of bitcoin. With a PoS system, new coins are generated based on the holdings of individuals.
However, the rich get richer problem is more evident, making the whole network centralize
gradually, although the PoS mechanism saves energy, it is still limited by scalability and
security.
Delegated proof of stake (DPoS) mechanism was born to achieve scalability and highthroughput,
while ensuring network security and decentralization. The DPoS algorithm requires
verification of a current block that has been signed by a trusted node before generating
the next block. DPoS employs TrustNodes by choosing elected nodes to represent other
token holders to verify the transaction, produce blocks, and broadcast blocks. A TrustNode
is required to remain online for a long time, solving the block generation delay problems
which may occurred on blockchains based on PoS. DPoS is capable of 10000-100000
TPS, depending on the network quality, which is suitable for industrial applications. GXChain
is designed to serve the data economy, the data exchange and computation applications
demand long-term stability as well as a high-speed network, making DPoS is an ideal choice.

The incentive is an essential component of a public blockchain, token distribution and
allocation play a vital role in the incentive layer. Compared to mining competition, the
incentives of GXChain are more focused on cooperation and mutual supervision, which makes
the incentive layer work more effectively.
The incentive layer of GXChain achieves its unique On-Chain governance and token allocation
by:
1. The GXChain foundation will allocate some budget into a global smart contract
and control the allocation by a linear algorithm.
2. The GXChain foundation contributes 4,000,000 GXC for the first 8 years to
reward each block producers.
3. The chance for TrustNodes to produce a block is equal. 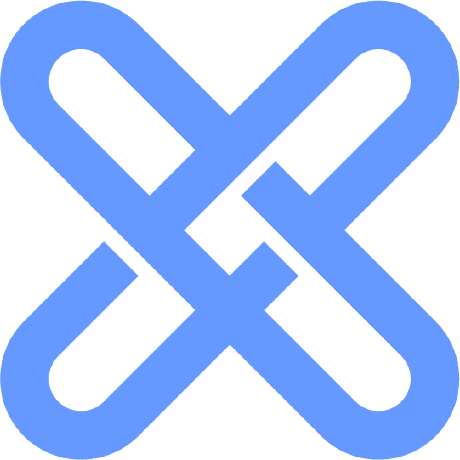