The Komodo project focuses on empowering users with Freedom through blockchain technology. There are many forms of Freedom that Komodo can provide, and we are currently focusing on empowering two types of users: the blockchain entrepreneur, and the average cryptocurrency investor. Together, our community of entrepreneurs, investors, and other users form an economic ecosystem. The foundational pillar of the Komodo ecosystem is security. Komodo provides a unique and innovative form of security that is as strong as the Bitcoin network, yet does not require the incredible cost. Every member of the Komodo ecosystem receives the beneﬁts of this security. The investor relies on it for everyday use. The entrepreneurreliesonittoprotecttheirblockchaininnovationatacostthatisaffordable even to small businesses and startups. Another of Komodo’s powerful technologies is a new method of trading cryptocurrencies directly from one person to another. It is a new kind of "decentralized exchange." Our decentralized exchange removes all forms of middlemen, vouchers, and escrow services. It relies on an underlying concept called the "atomic swap", and we are the leaders in this technology. Our atomic-swap powered decentralized exchange serves both the investor and the blockchain entrepreneur. For the investor, they can trade cryptocurrencies without having to pass through a centralized exchange, which can be an arduous and even dangerous process. They also do not have to use an escrow service, voucher, nor even an intermediary coin—not even Bitcoin. Furthermore, there is no registration process required, nor are there any withdrawal limits. We currently support approximately 95% of the cryptocurrencies in existence, including Bitcoin-protocol based coins, Ethereum, and Ethereum-based ERC20 tokens. For the entrepreneur, our decentralized exchange enables the release of new products to the world without middleman involvement. Furthermore, even entrepreneurs who have previously built other blockchain projects outside our ecosystem can easily feature their coin on our decentralized exchange. The only requirement is that the blockchain product have the proper security elements in the core of the blockchain’s code. Komodo also has powerful privacy features built into our platform. This allows the investor to trade and purchase goods and services within their right to privacy. It also allows the entrepreneur to release their product, and to crowdsource funds, from an audience that may prefer to maintain this privacy. There are many other technologies and features in the Komodo ecosystem, and we are experiencing a rapid growth of both entrepreneurs and investors.

This Komodo whitepaper provides an in-depth discussion about Komodo’s unique security features, our decentralized exchange, the method of releasing new products on it, and our native privacy features.

Abstract of the delayed proof of work consensus mechanism (dpow)

Komodo presents a technology, the delayed Proof of Work consensus mechanism, that solves the problems described above. Komodo’s unique consensus mechanism provides the same level of security as the strongest PoW network, without attempting direct competition. Instead, Komodo’s consensus mechanism uses the chosen PoW network as a storage space for "backups" of Komodo transactions. By this method, in the event of an attempted attack on Komodo’s blockchain history, even a single surviving copy of the Komodo main chain will allow the entire ecosystem to overwrite and overrule any of the attacker’s attempted changes. In a key difference separating Komodo from regular PoW networks, our dPoW consensus mechanism does not recognize the Longest Chain Rule for any transactions that are older than the most recent "backup" of the Komodo blockchain. For conﬂicts that may arise which refer to transactions that are older than the most recent "backup," our consensus mechanism looks to the backups in the chosen PoW blockchain to ﬁnd the accurate record. Furthermore, entrepreneurs who build independent blockchains (asset chains) in the Komodo ecosystem can likewise elect to have backups of their own records inserted into the Komodo main chain. In this manner, the records of the entrepreneur’s chain are then included in the backup that is pushed into the protective hash rate of the main PoW blockchain (Bitcoin). Thus, entrepreneurs and developers in the Komodo ecosystem can have their independent blockchains protected by the chosen PoW network’s hash rate. Therefore, to destroy even the smallest asset chain that is employing Komodo’s dPoW security, the attacker would have to destroy: a) all existing copies of the asset chain; b) all copies of the Komodo main chain; c) the accompanying PoW security network into which the dPoW backups are inserted (Bitcoin). This endows the Komodo ecosystem with higher than Bitcoin-level security, while avoiding the excessive ﬁnancial and eco-unfriendly costs.

In addition, the dPoW security provided by Komodo is not only greater than Bitcoin, but is also more ﬂexible. The Komodo security services are performed by notary nodes, chosen through a stake-weighted vote. Notary nodes have the freedom to switch notarization to another PoW network. Reasons the notary nodes might elect to switch networks could include an event where worldwide miners’ hashing power changes to another PoW network, or the cost of notarization to the current PoW network becomes more than necessary. Through this ﬂexibility, the Komodo ecosystem maintains both a superior level of security and a more ﬂexible and adaptive nature than Bitcoin itself.

There are several smart-contract options available in the Komodo ecosystem. The optionsbasedontheBitcoinprotocolhavebeenincludedwithourtechnology,andindeed even with Bitcoin, since the beginning. We also recently released Crypto Conditions, Merkle Root of Merkle Root (MoM) notarizations, and Asset Chain Customizations. These provide enhanced smart-contract and asset-chain functionality. All are still in beta stages.

Crypto Conditions, Merkle Root of Merkle Root (MoM), and Customized Asset Chains
We are also in the process of releasing our own smart-contract technology that greatly enhances the Komodo developer’s experience. Our smart-contract technology is geared to be language-agnostic, meaning that any language (JavaScript, Ruby, C#, Python, etc.) can execute smart contracts in theKomodo ecosystem. Furthermore, the MoM technology allows for multi-chain and cross-chain smart- contract interoperability. These many features empower both asset chains as well as the main chain.
As each technology is still in the beta stages, we refrain from including detailed documentation in our white paper. Please visit our communities to ﬁnd documentation resources and to converse with our developers, if you are interested in building on Komodo. We intend to create thorough educational experiences for these products in due time.

The BarterDEX decentralized exchange creates a competitive method for bartering cryptocurrencies, combining three key components: order matching, trade clearing, and liquidity provision. These components are combined into a single integrated system that allows users to make a request to trade their coins, ﬁnd a suitable trading partner, and complete the trade using an atomic cross-chain protocol. Additionally, BarterDEX provides a layer of privacy during the order-matching process, enabling two nodes to perform a peer-to-peer atomic swap without any direct IP contact.

Understanding Security and Economic Incentives in the Komodo dPoW Network
The nature of mining in the Komodo ecosystem serves as an incentive to motivate the notary nodes to perform their job well. This setup is also a principle method by which the Komodo ecosystem dramatically reduces the overhead costs necessary for it to function. Portions of the mining rewards are available not just to the notary nodes, but also to all members of the Komodo ecosystem, through various means. The Komodo network on a surface-level is a minable network, like other PoW networks. Any technically savvy user can activate a device capable of mining the Komodo network, and thereby process users’ transactions, mine blocks, and receive rewards. For these miners, the Komodo protocol functions in almost the exact same manner as the Bitcoin blockchain’s mining rewards function. 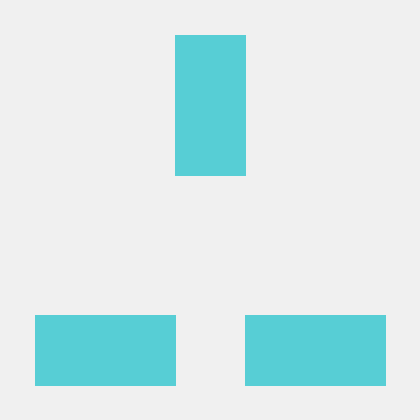