A distributed network for the Smart Economy

NEO is the use of blockchain technology and digital identity to digitize assets, the use of smart contracts for digital assets to be self-managed, to achieve "smart economy" with a distributed network.

The dBFT is called the Delegated Byzantine Fault Tolerant, a Byzantine fault-tolerant consensus mechanism that enables large-scale participation in consensus through proxy voting. The holder of the NEO token can, by voting, pick the bookkeeper it supports. The selected group of bookkeepers, through BFT algorithm, reach a consensus and generate new blocks. Voting in the NEO network continues in real time, rather than in accordance with a fixed term.

The dBFT provides fault tolerance of f = ⌊ (n-1) / 3 ⌋ for a consensus system consisting of n consensus nodes. This fault tolerance also includes both security and availability, resistant to general and Byzantine failures, and is suitable for any network environment. dBFT has good finality, meaning that once confirmations are final, the block can not be bifurcated, and the transaction will not be revoked or rolled back.

In the NEO dBFT consensus mechanism, taking about 15 to 20 seconds to generate a block, the transaction throughput is measured up to about 1,000TPS, which is excellent performance among the public chains. Through appropriate optimization, there is potential to reach 10,000TPS, allowing it to support large-scale commercial applications.

The dBFT combines digital identity technology, meaning the bookkeepers can be a real name of the individual or institution. Thus, it is possible to freeze, revoke, inherit, retrieve, and ownership transfer due to judicial decisons on them. This facilitates the registration of compliant financial assets in the NEO network. The NEO network plans to support such operations when necessary.

NeoVM is a lightweight, general-purpose virtual machine whose architecture is very close to the JVM and .NET Runtime, similar to a virtual CPU that reads and executes instructions in the contract in sequence, performs process control based on the functionality of the instruction operations, logic operations and so on. It has a good start-up speed and versatility, is very suitable for small programs such as smart contracts, can also be ported to non-blockchain systems, or integrated with the IDE to provide an optimal development experience. NeoVM's functionality can be extended, like introducing a JIT (real-time compiler) mechanism, thereby enhancing the efficiency of the implementation.

Used to load the blockchain ledger, digital assets, digital identity, persistent storage area, NeoFS, and other underlying services. They are like virtual machines that are provided for virtual machines, enabling smart contracts to access these services at run time to achieve some advanced functionality. Through this low-coupling design, NeoVM can be ported to any blockchain or even non-blockchain system used, increasing the utility of the smart contracts.

DevPack includes the high-level language compiler and the IDE plug-in. Because NeoVM's architecture is very similar to JVM and .NET Runtime, the compilers in DevPack can compile Java byte code and .NET MSIL into NeoVM's instruction set. Java / Kotlin, C# developers do not need to learn new languages and will be able to immediately start developing smart contracts in VS, Eclipse and other familiar IDE environments. This greatly reduces the learning curve for developing smart contracts, allowing us to easily build a vibrant community around NeoContract.

NeoContract can create a smart contract call tree through static analysis before running a smart contract. Through the deterministic call tree, the NEO node can dynamically fragment the smart contract to achieve theoretically unlimited expansion, which overcomes the "jamming effect" caused by the static fragmentation of other block chain systems

NeoFS is a distributed storage protocol that utilizes Distributed Hash Table (DHT) technology. NeoFS indexes the data through file content (Hash) rather than file path (URI). Large files will be divided into fixed-size data blocks that are distributed and stored in many different nodes.

NeoFS will serve as one of the InteropService interoperability services under the NeoContract system, enabling smart contracts to store large files on the blockchain and set access for those files. In addition, NeoFS can be combined with digital identity so that digital certificates used by digital identities can be assigned, sent, and revoked without a central server to manage them. In the future, the old block data can be stored in NeoFS, so that most of the full nodes can release the old data for better scalability and at the same time, ensure the integrity of historical data.

NeoX has been extended on existing double-stranded atomic assets exchange protocols to allow multiple participants to exchange assets across different chains and to ensure that all steps in the entire transaction process succeed or fail together. In order to achieve this function, we need to use NeoContract function to create a contract account for each participant. If other blockchains are not compatible with NeoContract, they can be compatible with NeoX as long as they can provide simple smart contract functionality.

NEO, with a total of 100 million tokens, represents the right to manage the network. Management rights include voting for bookkeeping, NEO network parameter changes, and so on. The minimum unit of NEO is 1 and tokens cannot be subdivided.

GAS is the fuel token for the realization of NEO network resource control, with a maximum total limit of 100 million. The NEO network charges for the operation and storage of tokens and smart contracts, thereby creating economic incentives for bookkeepers and preventing the abuse of resources. The minimum unit of GAS is 0.00000001.

In the genesis block of the NEO network, 100 million NEOs are generated, GAS has not yet been generated. 100 million GAS, corresponding to the 100 million NEO, will be generated through a decay algorithm in about 22 years time to address holding NEO. If NEO is transferred to a new address, the subsequent GAS generated will be credited to the new address.

Chain governance: NEO token holders are the network owners and managers, managing the network through voting in the network, using the GAS generated from NEO to utilize the functions in the network. NEO tokens can be transferred.

Off-chain governance: NEO Council consists of the founding members of the NEO project, under which the management committee, technical committee and the secretariat, respectively, are responsible for strategic decision-making, technical decision-making and specific implementation. The NEO Council is responsible to the NEO community for the promotion and development of NEO ecosystem as its primary objective.

Digital assets are programmable assets that exist in the form of electronic data. With blockchain technology, the digitization of assets can be decentralized, trustful, traceable, highly transparent, and free of intermediaries. On the NEO blockchain, users are able to register, trade, and circulate multiple types of assets. Proving the connection between digital and physical assets is possible through digital identity. Assets registered through a validated digital identity are protected by law.

The smart contract was first proposed by the cryptographer Nick Szabo in 1994, only five years after the creation of the World Wide Web. According to Szabo's definition: When a pre-programmed condition is triggered, the smart contract will execute the corresponding contract terms. Blockchain technology provides us with a decentralized, tamper-resistant, highly reliable system in which smart contracts are very useful. NEO has an independent smart contract system: NeoContract.

The NeoContract smart contract system is the biggest feature of the seamless integration of the existing developer ecosystem. Developers do not need to learn a new programming language but use C#, Java and other mainstream programming languages in their familiar IDE environments (Visual Studio, Eclipse, etc.) for smart contract development, debugging and compilation. NEO's Universal Lightweight Virtual Machine, NeoVM, has the advantages of high certainty, high concurrency, and high scalability. The NeoContract smart contract system will allow millions of developers around the world to quickly carry out the development of smart contracts. NeoContract will have a separate white paper describing the implementation details. 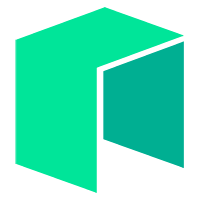